Pale golden on the pour, the nose is expressive with lemon, lime, golden apple, and acacia flowers. The entry is excellently weighted with medium acidity exhibiting further citrus notes alongside honey-kissed Asian pear. The finish is not without some length for a dry white, showing a touch of saline character over crushed blossom, apple, and pear umami - an excellent accompaniment to triple-cream cheeses, shellfish, or grilled halibut steaks. 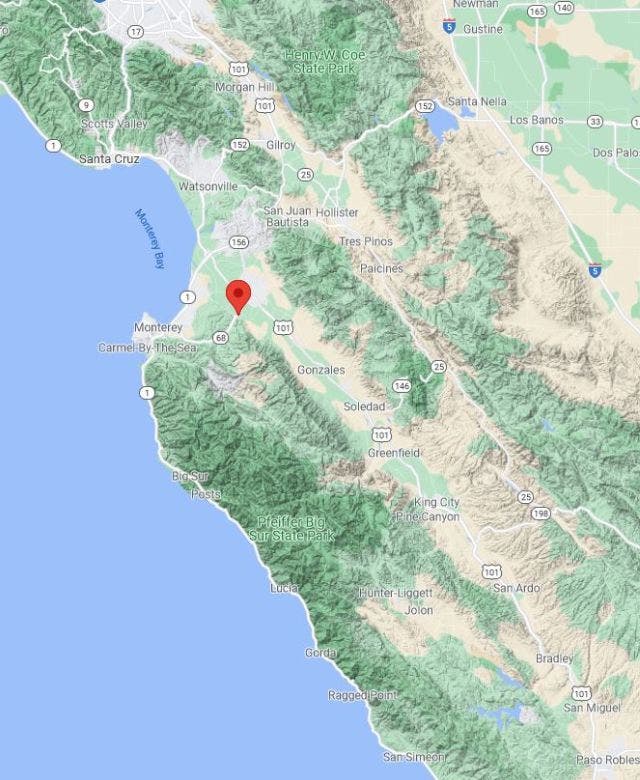 Monterey County was first planted to vine by Franciscan missionaries in the 1790s with modern winegrowing practices taking off in the 1960s and the region officially being recognized in 1984. Since its recognition, 8 sub-appellations have been designated as local terroirs, microclimates, and soil composites have come into focus. In the northern reaches, Chardonnay, Riesling, and Pinot have taken hold in the cooler coastal climate while the southern portion of the appellation generally plants Bordeaux grapes due to a warmer climate while butting up against Paso Robles.

Lot 859 may be New World fruit, but there are strong Old World bones here; classic citrus and saline are coaxed out by the cooler, coastal maritime climate that blankets the region, giving the wine an incredible sense of place, while the New World honey and pear qualities that make it a local favorite are soundly built in too. Strangely enough, this might be the tightest NDA we’ve signed with a winery in a long time as we’re unable to tell you much of anything about the source winery or winemaker. Who’d have thought a Pinot Grigio of all things would be this under lock and key? Now we’ve about seen it all.

In fact, the only thing we can tell you is the source winery fetches roughly $36/bottle in the tasting room, here, it’s yours for a fraction of that price.

Reviews 49
Write Your Own Review